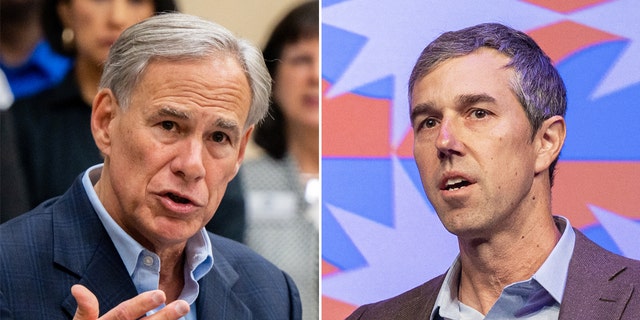 Incumbent Texas Governor Greg Abbott effectively linked his Democratic challenger Beto O’Rourke to President Biden’s unpopular policies in a debate between the two, according to a campaign debate preparation expert.

Abbott and O’Rourke squared off Friday at the University of Texas Rio Grande Valley, where the border was a major topic of discussion, along with abortion, gun control and energy.

Abbott’s apparent tactic, like other Republicans in the 2022 midterm election cycle, was to tie O’Rourke to the president, who has struggled with underwater approval ratings for more than a year and whose party faces historic headwinds and a list of crises. According to Brett O’Donnell, an expert in helping political candidates debate effectively, Abbott succeeded.

“Starting with immigration, which dominated the beginning of the debate, Abbott repeatedly blamed Biden for the crisis and linked O’Rourke as a proxy for those failures in Texas,” O’Donnell told Fox News Digital.

DURING THE TEXAS DEBATE WITH GOV. SUPPORTERS OF GREG ABBOTT AND BETO O’ROURKE RING OUT

O’Donnell, who helped seven GOP candidates win Senate seats in 2014 and did the same in 2016, said this midterm cycle is all about the incumbent president.

“In 2014, Barack Obama said that ‘his policies were on the ballot. Each of them’. Nearly every Republican in 2014 used that line successfully, adding that, in their district or state, the policies were known by the name of their Democratic opponent, and while Joe Biden hasn’t said quite the same thing, Republicans have interpreted it as such. he said O’Donnell.

BETO O’ROURKE BLAMES BIDEN FOR MORE TEXAS LATINOS VOTING GOP: ‘THEY DIDN’T SPEND A CENT OR A DAY’ IN THE BORDER REGION

On immigration, O’Rourke, who sat on the El Paso City Council where he still lives, tried to blame Abbott for the situation. “We are eight years into his term as governor and this is what we have on our border,” O’Rourke said.

Abbott has come under fire for a program transporting immigrants to leftist “sanctuary cities” in recent months, which critics say is a political stunt and preys on the suffering of immigrants seeking a better life for their families. But, during the debate, Abbott suggested that he would continue with the program since the border situation allows for an uncontrolled flow of illegal immigration.

“There will be other cities in the future that will receive migrants as well, because we will continue to have to move migrants because Joe Biden continues to allow more illegal immigrants into the state of Texas,” Abbott said.

O’Rourke did much of the debate over abortion and gun control policies, after the Supreme Court overturned Roe v. Wade in June and the tragic shooting at Uvalde Elementary School in May.

“O’Rourke wants to make this choice on abortion, he said that in the debate,” O’Donnell said.

BETO O’ROURKE EXPLODES HECKLER WHO LAUGHS AT GUN CRITICISM AFTER UVALDE: ‘FUNNY FOR YOU MOTHER—ER’

Abbott said his pro-life views stem from his Catholic faith and his daughter’s adoption and insisted he would govern from those principles.

“This election is about reproductive freedom, but I have to respond to this, this nonsense about Plan B, this comment you made about ending rape in the state of Texas. This is an attack on women,” O’Rourke said. referring to a comment Abbott made that he wanted to “eliminate rapists” from Texas.

There was a major issue midterm that didn’t make it into the discussion, O’Donnell said.

“The two discussed immigration, guns, abortion, crime, the power grid, and taxes at length, but interestingly enough, a lengthy discussion of the economy was missing. Perhaps that’s because the Texas economy has been strong. But it is very telling that the media panel skipped discussion about the inflation that is affecting the daily lives of all Texans, but passed multiple questions about abortion,” O’Donnell said.

Abbott accused O’Rourke on several occasions of changing his position.

“The ghost of John Kerry from 2008 was also invoked when Abbott also repeatedly accused O’Rourke of changing the subject, starting with his position on deploying troops to the border.”

O’Rourke, who has been targeted on the campaign trail for his previous support for high-powered gun confiscation while running for president in 2019, did not respond directly when asked if he still supported the job.

“I am in favor of progress,” he said Friday night.

“Abbott did indeed do it on Biden-O’Rourke,” O’Donnell said.

The Texas gubernatorial election is on November 8.

Thomas Phippen is an editor for Fox News.

Parents were right, schools should have reopened sooner

Student cores dropped 5 points in reading and 7 in math since 2020, the largest decline in reading scores in three decades and the...
Read more

Are you missing some features of iOS 16? The age of your iPhone could be to blame