Home SCIENCE As a meteorologist, Hurricane Ian is the nightmare storm that worries me...
SCIENCE 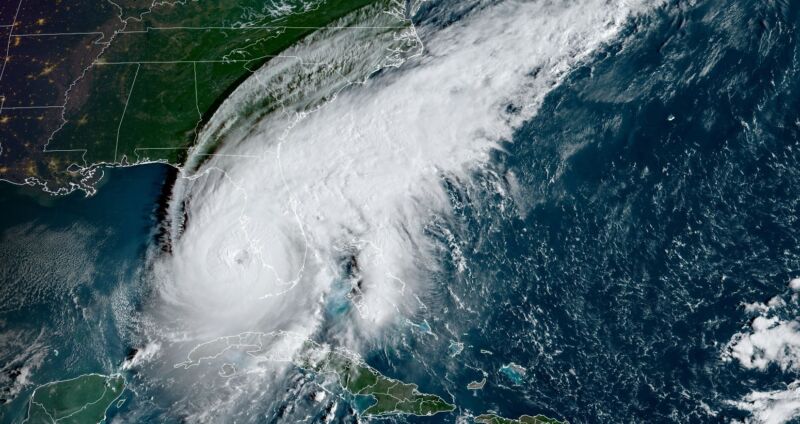 I have lived near the Texas coast for two decades and have written about hurricanes professionally for almost as long. When you do that, you think a lot about what your home would be like if the worst happened.

Well, the worst is happening today in Southwest Florida.

Hurricane Ian has experienced a notable period of intensification over the past 24 hours. After crossing the western tip of Cuba and shutting down that island nation’s power grid, Ian began to weaken a bit on Tuesday after this brief interaction with land. It also went through an “eyewall replacement cycle,” in which the more central bands of the storm contract and are replaced by a new ring of storms further out. Often this process temporarily weakens a storm, but Ian didn’t flinch.

Following this cycle, by sunrise Wednesday morning, Ian was bigger and more powerful than ever, packing 155 mph winds. At this intensity, it would become the fifth most powerful hurricane to hit the United States in more than 150 years of records when it hits the southwestern coast of Florida later today, likely near Ft. myers

As a meteorologist, you worry about three main threats from hurricanes: high winds, storm surge, and inland rain.

A hurricane typically brings one or two of these threats to a region, but usually not all three. For example, in the Houston region during my life here, we’ve seen extreme rainfall from Hurricane Harvey, in 2017, and a powerful storm surge from Hurricane Ike in 2008. But Harvey didn’t really bring strong winds or storm surges to the Houston area. , and although Ike had some damaging winds, most of the city did not experience hurricane force conditions.

Ian is a monster that will bring all three threats to Southwest Florida with devastating effect.

The National Hurricane Center is now forecasting a storm surge of 12 to 16 feet from Englewood to Bonita Beach, Florida. The large wind field associated with Ian will destroy structures along the western coast of Florida and will likely knock out power to half or possibly two-thirds of the state. Because Ian is moving slowly and is expected to slow further as its driving currents weaken, it will flood the state. Almost the entire Florida peninsula is at risk of flash floodingwith much of the middle of the state, including Tampa, Orlando, Jacksonville and the Space Coast, at “high” risk of flash flooding.

Put another way, whatever is not submerged by massive waves is at risk of being knocked over or subsequently inundated by torrential rains.

This is not hyperbole. If you live in Houston, you probably know that I have a local weather website known as space city weather. The site’s tagline is literally “no hype forecasts for Houston.” I’m known as the “no hype” guy. And let me tell you, Hurricane Ian is the kind of nightmare storm that worries me the most. It’s the kind of storm that destroys a community forever, knocking out power for weeks or, in some places, months. The beaches are erased. Populations leave and never return.

There’s no silver lining in that weather, but it’s true that Ian’s path has consistently leaned farther east than expected. As a result of the densely populated Tampa Bay region, with more than 3 million people, it is now far enough away to escape a catastrophic storm surge. Instead, Ian will push a wall of water into the Ft. Myers and Cape Coral areas. This metropolitan area has a population of around 750,000 inhabitants. South of this community, where the worst of the surf and winds will occur, is the Florida Everglades. While pushing so much saltwater into this natural environment has its own consequences, fewer people are in danger.

As a tipster, that doesn’t really matter to me. I look at the terrifying, shocking and, yes, impressive satellite images of Ian and think about what could have been if this storm had come across the Gulf of Mexico and hit my community. In my darkest dreams, it’s the worst kind of storm I can conjure up.

Thello hottest thing in business depends on where you are. San Francisco bars are often buzzing with conversation about business software. Pub-goers...
Read more

Will the rise in the dollar end in whiplash?

Kenneth Rogoff explains why the dollar could rise further against other major world currencies in the short term.
Read more