Here are the 2022 California Congressional races to watch 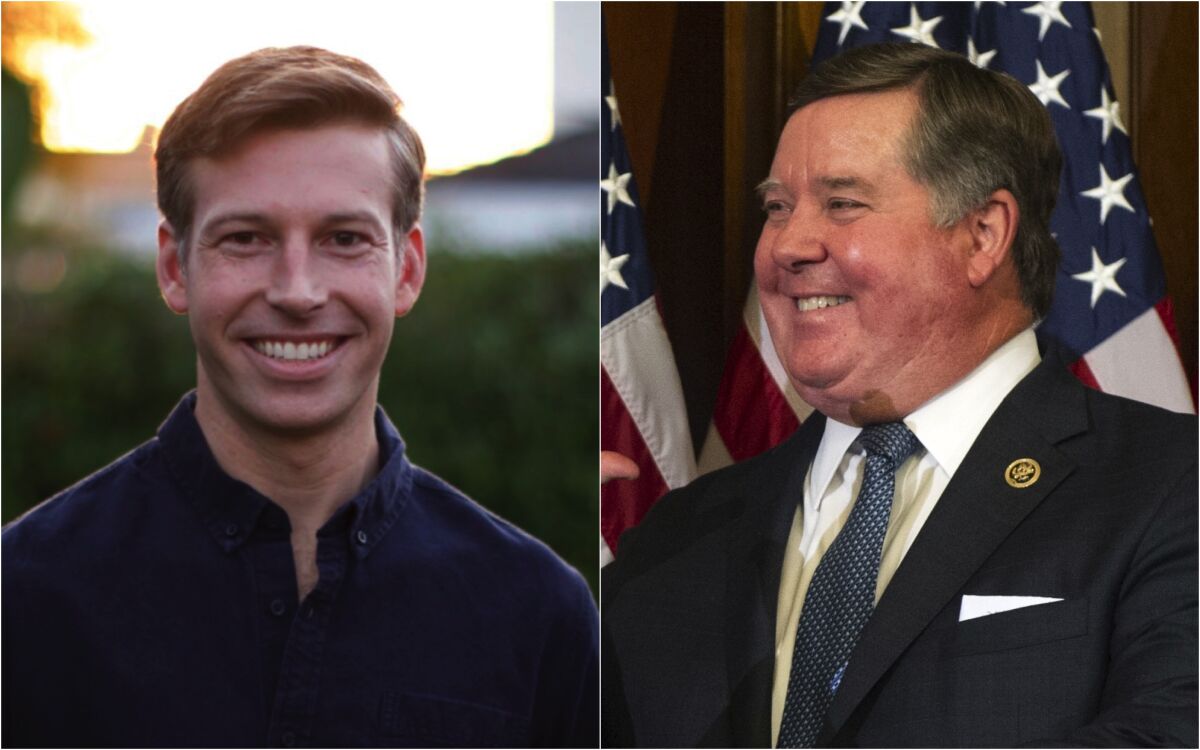 Calvert, the longest-serving Republican member of California’s congressional delegation, was first elected to represent the Inland Empire in Congress in 1992.

Supporters praise the Corona native’s continued presence and accessibility in the district, as well as his work to secure funding for regional priorities, including transportation and flood control projects, infrastructure improvements and area military installations. He also authored legislation that created the E-Verify system, which employers can use to verify the immigration status of new hires.

His mandate is not without controversy. In 1993, police caught Calvert with a prostitute in his car; he was not charged and later acknowledged the incident. The following year, during Calvert’s re-election campaign, one of his allies came out as gay, and Calvert’s campaign sent voters pink and purple mailers implying that his opponent’s sexuality disqualified him. to represent the region.

Calvert voted for the 1996 Defense of Marriage Act, which allowed states to refuse to recognize same-sex marriages, and against the repeal of the military’s “Don’t ask, don’t tell” policy regarding gay service members. He points out that his views were held by most politicians at the time. This year, he voted for the Respect for Marriage Act, which would repeal the 1996 law, and says the Supreme Court ruling legalizing same-sex marriage should be upheld.

Calvert has said he does not support a national abortion ban and that the matter should be left to the states. He has said that he believes women should have the right to an abortion in cases of rape, incest, or if the pregnancy endangers the woman’s health, and that he opposes third-trimester abortions.

In the hours after a pro-Trump mob attacked Capitol Hill, Calvert voted against certifying the electoral college votes of Arizona and Pennsylvania, but acknowledged that Biden legitimately won the election. Calvert, who has been endorsed by Trump, voted against charging him with inciting the Jan. 6 insurrection.

Calvert has raised nearly $2.4 million this election cycle and had $1.4 million in the bank as of June 30, according to documents filed with the FEC.

Rollins says he became interested in public service after seeing the World Trade Center collapse on September 11, 2001, when he was a high school student in the South Bay. He wanted to join the army after the terrorist attacks, but at the time he was living as a closed gay man, he said, and feared being found out.

Rollins became a lawyer and began working for the Justice Department’s homeland security division, focusing on counterintelligence and domestic terrorism cases in Southern California. His portfolio included the prosecution of the January 6 insurgents.

He is one of the few Democratic congressional candidates to make the Capitol siege central to their campaigns, saying the insurrection and Calvert’s votes to nullify the electoral votes of two states that backed Biden are among the reasons why who decided to quit his job last year and run. He also prioritizes combating misinformation and polarization; protect reproductive, voting, and LGBTQ rights; and working to address climate change and bring green energy jobs to Riverside County. He called the Supreme Court’s removal of federal protection for abortion “appalling” and supports the codification of reproductive rights.

Calvert’s campaign aims to portray Rollins as a rug hoarder, noting that he first voted in Riverside County in June. Rollins grew up in Manhattan Beach and registered to vote in Los Angeles County from 2003 to 2021. This year he moved to Palm Springs from Canyon Lake, which is also in the district.

Rollins was at a financial disadvantage in the latest campaign fundraising disclosure reports: He raised nearly $1.5 million and had about $479,000 in the bank as of June 30, according to FEC filings.

US, Philippine Forces Conduct Combat Exercises to Prepare for Crisis

Manila, Philippines -- More than 2,500 U.S. and Filipino marines joined combat exercises Monday to respond to any sudden crises in a region on...
Read more
LATEST NEWS

Craig Mazin and HBO The last of us looks like it will largely stick to the story featured in developer Naughty Dog...
Read more

Go to a movie near you: $3 movie tickets for a day

NEW YORK -- For one day, movie tickets will be just $3 at the vast majority of US theaters as part of a recently...
Read more