Home SCIENCE 'It's time to kick-start the restoration'
SCIENCE 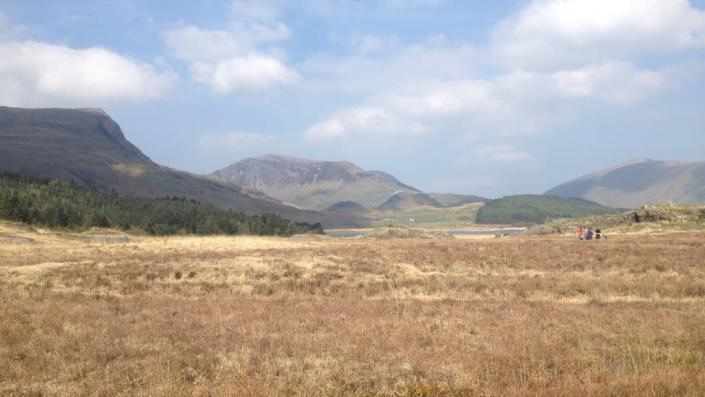 Peatland restoration targets are to be tripled in Wales in a bid to boost biodiversity.

An expert review of ways to tackle nature loss, commissioned by the Welsh Government, follows.

The panel also called for better management of protected sites on land and more conservation areas at sea.

Climate Change Minister Julie James said “a decade of decisive action” was needed to “drive the restoration of our ecosystems”.

Conservation groups have warned that Wales is “bleeding wildlife dry”, with a major report in 2019 suggesting one in six species could soon disappear.

These included birds such as lapwings and curlews, mammals such as the water vole, and insects such as the marsh fritillary butterfly and the Snowdon leaf beetle.

Along with climate change, biodiversity loss is seen as an existential threat to humanity – think of the pollinators we depend on to help us grow food as just one example.

Ahead of a world summit on the issue in Canada in December, Welsh ministers have ordered a “deep dive” review with leading experts.

The recommendations focus on how to meet the UN goal of protecting and manage 30% of land and sea for nature by 2030something that both the Welsh and UK governments have committed to achieving.

The panel has called for a “better, bigger and more effectively connected” portfolio of protected sites in Wales, with more of the sea set aside as marine protected areas too.

A network of exemplary nature recovery areas should be created, experts said, showcasing a range of different habitats and conservation work that could be replicated elsewhere.

They have also called for better tracking to measure progress toward the “30 by 30” goal.

Currently, Sites of Special Scientific Interest (SSSI) and other areas designated to protect wildlife and rare habitats cover 10.6% of Wales.

But a recent report from Natural Resources Wales revealed that nearly half were not being monitored due to lack of funding.

Where information was available, about 60% of protected areas were classified as unfavorable to wildlife.

Sharon Thompson, head of policy at RSPB Cymru and one of the members of the biodiversity review panel, said it was critical that the recommendations “become urgently translated into action”.

“As we approach the COP15 biodiversity summit In Montreal in December, where we want world leaders to agree on ambitious goals to restore nature, this deep dive could not have come at a more important time,” he said.

Speaking at the report’s launch at the National Botanic Gardens of Wales in Carmarthenshire, Ms James said “our health, happiness and future” depended on reversing the decline of nature.

He announced that the government would set up an ongoing independent expert task force to monitor Wales’s progress, and also pledged to triple peatland restoration targets.

Welsh’ National Peatland Action Program it currently aims to restore 600-800 hectares of public and private land a year between 2020 and 2025.

Peatlands support a rich variety of wildlife habitats, but are also highly prized for their ability to absorb and store carbon dioxide that contributes to global warming.

“There is a lot of work to be done to improve the condition of these peat bogs,” he said.

“We know that restoration will increase the diversity of plant, bird and mammal species that can live and thrive in these systems.”

Meanwhile, back at the botanic gardens, there is hope that a long-running plan to restore wildflower meadows on part of the property can be seen as an example of best practice.

On 97% of Wales’s wildflower meadows they are believed to have been lost since the 1930s, with the spread of industrialized agriculture, heavy use of fertilizers, and early cutting of hay.

At Cae Trawscoed, visitors can experience a traditionally managed hay meadow that is cut only once the wildflowers have had time to bloom and seed, providing habitat and food for insects, birds and mammals.

Alex Summers, curator at the National Botanic Gardens of Wales, said the fields were now “absolutely covered with a huge diversity of species”, with seeds harvested and sold to others who “want to include biodiversity in the projects they are doing”.

“We need to look at grasslands that help us sequester carbon and provide those spaces for biodiversity that will be key for future generations,” he said.

for a decade now, many of the most impressive AI systems have been taught using a huge inventory of labeled data. An image...
Read more

Google Intelligence: 5 ways to get more out of Gmail, Maps, Calendar and Docs