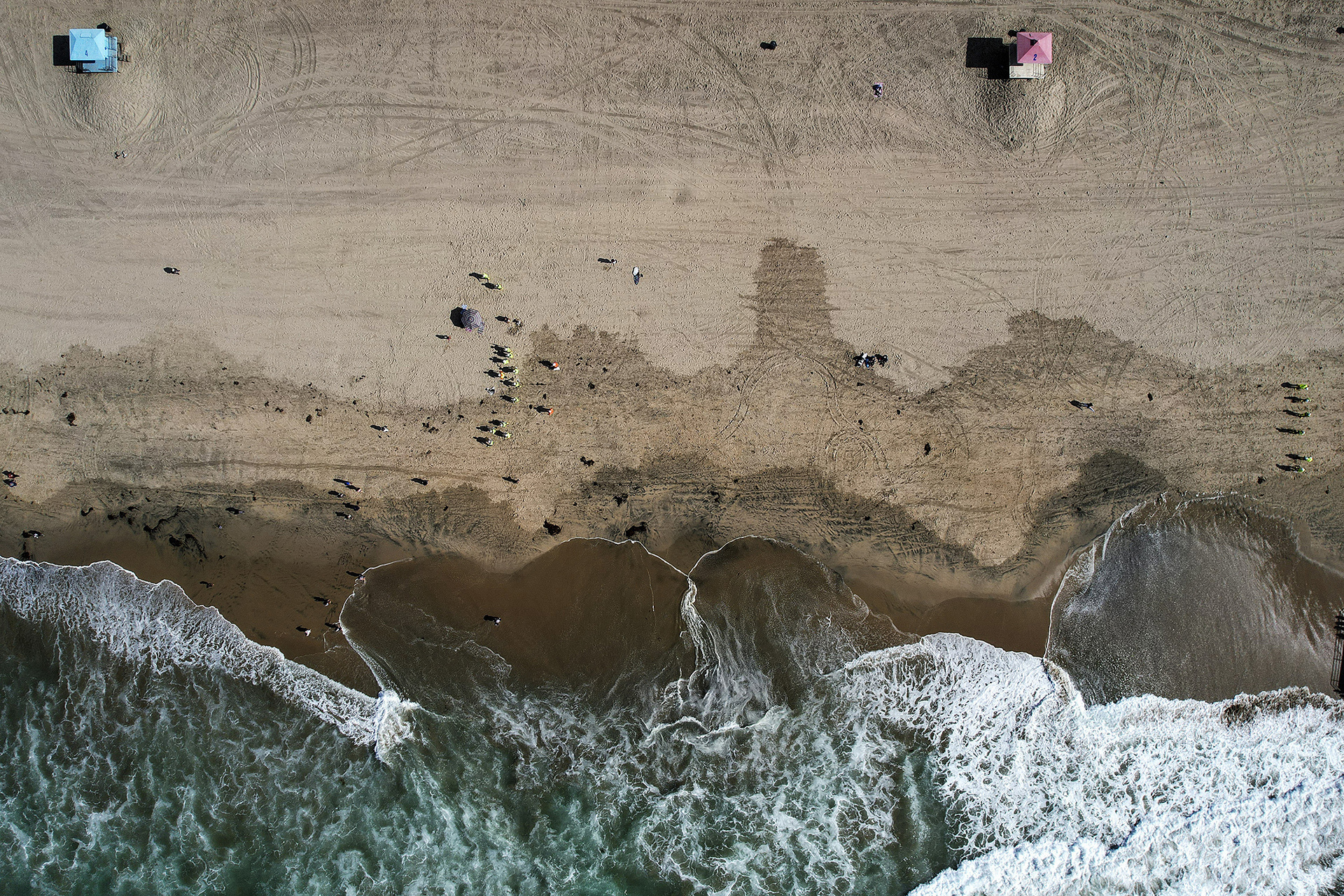 NEW ORLEANS (AP) — Oil and natural gas spills from oil tankers and pipelines in U.S. waters dropped dramatically from the late 1990s through 2010 to 2019, according to a federal report Wednesday.

Amounts discharged and discharged into wastewater from drilling rigs and production platforms increased, but, if you don’t count the disastrous 2010 Gulf of Mexico spill, the increase is mainly due to more offshore work, said the National Academies of Sciences, Engineering, and Medicine

“It is clear that regulatory changes, advances in science and technology, and (for the most part) attention to safety would have helped make North American waters less polluted with oil” without the Deepwater Horizon spill, according to The report.

But the BP well exploded, killing 11 people and spewing millions of gallons (kiloliters) of oil into the Gulf of Mexico off Louisiana for months. Another big contributor over the past decade was the country’s longest-running oil spill, also off Louisiana.

The 497-page report was written by an international committee of academic and industry experts and reviewed by many others.

“Overall, I think they’ve done a very thorough job,” said Anthony Knap, director of the Geochemical and Environmental Research Group at Texas A&M University, who was not an author or reviewer.

Like a report published in 2003, this one, “Oil in the Sea IV: Inputs, Destinations and Effects,” said that oil in runoff, much of it from cars and cities, is the largest source of oil pollution in the ocean, with natural seepage second. and spills in third place.

But hard data on oil in rivers is so scant and the range of possible amounts so large that although the report put the US figure at about 20 times the previous estimate, it couldn’t say whether there was an actual increase. .

Increases in urban land area, population and vehicle ownership make an increase “plausible…but how much is unclear,” the report said.

“One of the big findings is that, overall, we don’t have good data,” report committee chair Kirsi K. Tikka, of Ardmore Shipping and Pacific Basin Shipping, said in a telephone interview Tuesday from London.

Natural seepage of oil and natural gas from the ocean floor was estimated at almost 30.8 million gallons (116,500 kiloliters) a year. That’s about 60% of the 1990s estimate, but the change is because recent estimates of seepage into the Gulf of Mexico and off the coast of California are more accurate, Tikka said.

“We have more techniques to measure seepage,” but those two areas are the only ones with data, he said.

The spill data is the most accurate part of the report, Tikka said. “As you probably know, even on big oil spills, you never have exact numbers,” she added, “but those are the best we have available.”

Laws and regulations after the Exxon Valdez ran aground in 1989 near the Alaskan city of the same name account for much of the difference in oil spills, Tikka said.

Among other things, he noted, the 1990 Oil Pollution Act gradually introduced a requirement for double-hulled tankers in US waters, and other countries and international bodies followed suit.

Spills from offshore oil drilling and production increased sevenfold during the period, to about 338,600 gallons (1,280 kiloliters) a year. And the oil in the wastewater from the wells was estimated at about 7,900 kiloliters (2 million gallons) a year, about 2.5 times the 1990s estimate.

Oil from sewage is likely to be overestimated, Tikka said. Oil companies report the total amount of “produced water” but not the amount of oil they contain, so the report used the highest percentage allowed. “Levels will most likely be lower,” he said, adding that both figures reflect increased drilling and production.

Without Deepwater Horizon, Tikka said in an email, “spillage per unit of production has decreased by 65% ​​since the last … report, but has remained relatively constant over the last 20 years.”

Texas A&M’s Knap said in an email: “Like ship unloading, operators are much more diligent than in the past, so a straight line from number of rigs to more oil is not a given.

To follow AP’s coverage of climate and the environment, go to https://apnews.com/hub/climate-and-environment.

Now you can watch Paramount Plus and Showtime in one app

This story was originally published by The Guardians and is reproduced here as part of the climatic...
Read more