Home TECH Protesters fear the impact of climate change and demand help for the...
TECH 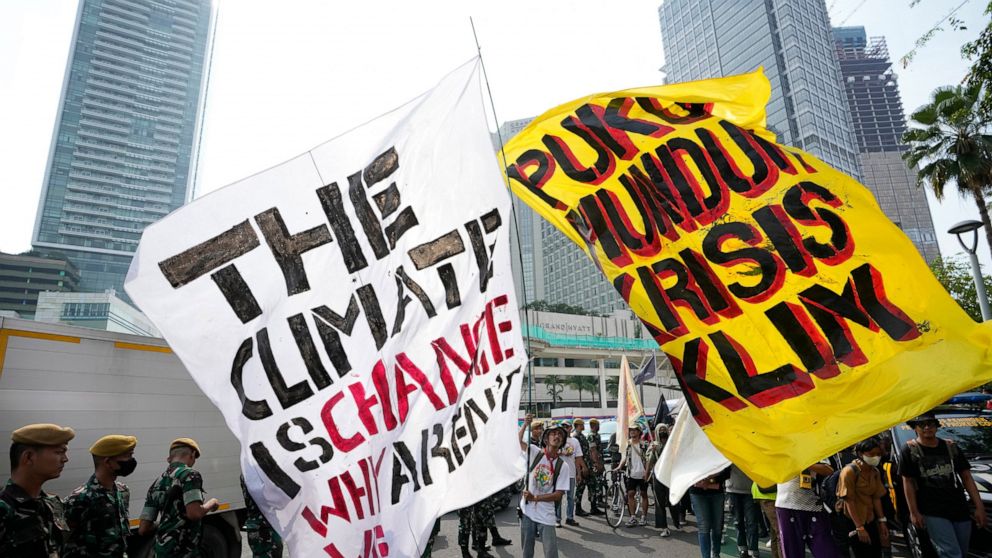 BERLIN — Young activists staged a coordinated “global climate strike” on Friday to highlight their fears about the effects of global warming and demand more help for poor countries hit by wild weather.

Protesters took to the streets of Jakarta, Tokyo, Rome and Berlin carrying banners and signs with slogans such as “We are concerned about the climate crisis” and “It is not too late”.

The demonstrations were organized by the Fridays for Future youth movement that followed the example of activist Greta Thunberg, who began protesting alone outside the Swedish parliament in 2018.

“We are on strike all over the world because the governments in charge are still doing too little for climate justice,” said Darya Sotoodeh, spokeswoman for the group’s Germany chapter.

“People all over the world are suffering from this crisis and it is going to get worse if we don’t act in time,” he said.

Police said some 20,000 people attended the rally in Berlin, which called on the German government to establish a 100 billion euro fund to tackle climate change.

In Rome, some 5,000 young people participated in a march that ended near the Colosseum.

One sign read: “The climate is changing. Why aren’t we?” The students highlighted among their priorities the need to rethink Italy’s transport policies. The country’s ratio of cars per resident is one of the highest in Europe.

In Italy’s election campaign, which wraps up on Friday night before the September 25 vote for parliament, climate change policies did not figure prominently in the candidates’ rallies.

The protests follow warnings from scientists that countries are not doing enough to meet the 2015 Paris climate agreement’s main goal of limiting global warming to 1.5 degrees Celsius (2.7 Fahrenheit) this century. compared to pre-industrial times.

UN Secretary-General Antonio Guterres told world leaders this week that the fossil fuel industry, which is responsible for a large part of the planet’s warming gases, is “feasting on hundreds of billions dollars in subsidies and windfall profits while household budgets shrink and our planet burns.

Guterres urged rich countries to tax the profits of energy companies and redirect the funds both to “countries suffering loss and damage caused by the climate crisis” and those struggling with the rising cost of living.

Demands for poorer nations to receive more financial aid to tackle global warming, including the destruction already wrought by deadly weather events like the floods in Pakistan, have grown louder in the run-up to the UN climate summit in this year.

Pietro de Cristofaro in Berlin and Frances D’Emilio in Rome contributed to this report.

In June, a thirty-one-year-old woman named Wang was eating with three friends at a barbecue restaurant in Tangshan, about a hundred miles east of...
Read more

iOS 16.1 will give us the iPhone battery icon we all wanted