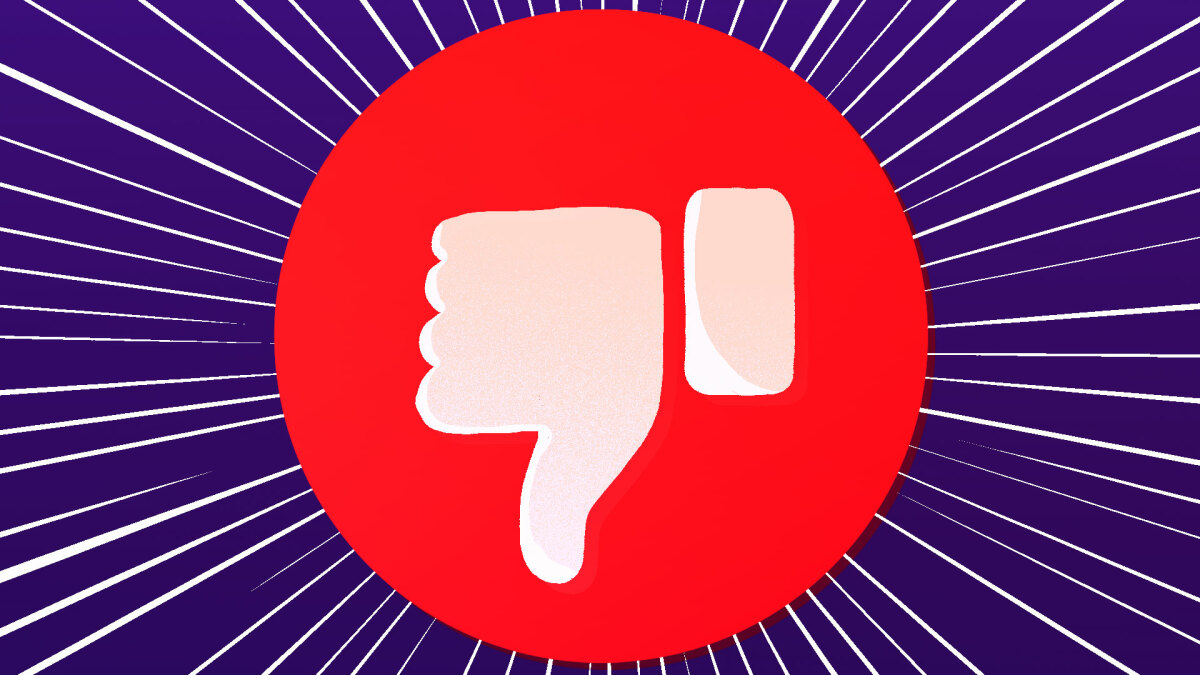 The comments section on any social media platform can be a cesspool, but on TikTok it’s especially hard to sift through all the useless and tasteless comments to find the real speech. Now the platform is making it easier to dictate which comments you see first by introducing a dislike feature.

The new Dislike button is the thumbs-down icon located to the right of the heart-shaped Like button next to each comment on a TikTok. In April, TikTok announced the feature and began testing it. Today (September 23) the dislike button for comments was rolled out globally.

The tweet may have been deleted
(opens in a new tab)

The feature aims to create a community on the platform and “encourage a comments section for genuine and authentic interaction.” It’s an alternative to the report button, available by pressing a comment, for comments that don’t violate TikTok’s Community Guidelines but are still found by users to be “irrelevant or inappropriate.”

When you don’t like a comment, the thumbs down icon will turn black. However, unlike the Like button, the number of “Dislikes” a comment receives will not be displayed in an effort to “avoid creating ill feelings among community members or demoralizing creators.”

It’s unclear how useful the Dislike button will be considering users find a similar content curation tool on TikTok, also known as the “not interested” button, useless. Additionally, a new report from the Mozilla Foundation found that YouTube’s dislike button didn’t do much to improve the user experience either. Hopefully, the TikTok Dislike button is a more effective tool.

Shahid Jamil/Shutterstock.com Even the humble base model M1 Macbook Air packs more punch than the previous generation of consoles, but it may still come as...
Read more
Load more

Which animals could become extinct by 2050?

Five mass extinctions have occurred in Earth's history, and many experts have warned that a The sixth mass extinction could already be underway as...
Read more

The NFL season is here, but I won’t be following it anymore. I can’t help but see the damage it causes | ...

California, known for leading the United States in climate regulations, dropped a bombshell last month: By 2035, the state will ban sales of new...
Read more