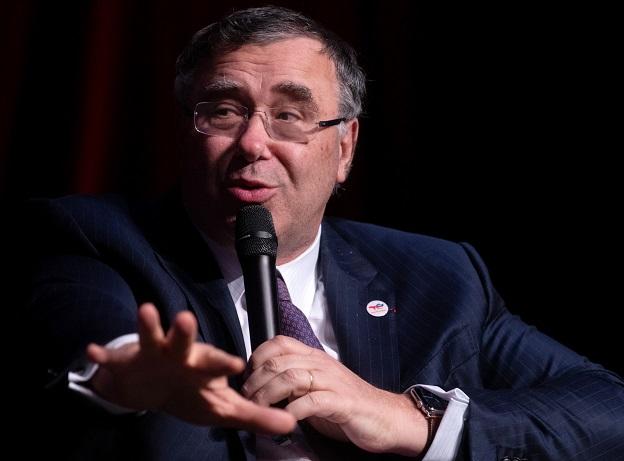 TotalEnergies SE CEO Patrick Pouyanne is optimistic about pushing his company toward renewable energy even as the Russian invasion of Ukraine rocks the global energy market.

The French oil major is increasing spending on renewable energy and cutting its emissions next year to 33% of annual capital spending, compared with 25% for clean energy this year, the company said Wednesday in a presentation.

The plan comes against a backdrop of record oil and gas profits for the world’s biggest energy companies this year, which have made them stars amid a broader malaise in stock markets. Europe’s energy crisis and its struggle to replace Russia’s natural gas supplies has also fueled a debate about whether energy security should be prioritized over environmental goals.

Pouyanne said in an interview with Bloomberg News in New York that oil and gas remain vital to the energy mix. But the CEO added that if he didn’t also push for a transition to carbon-free energy, his successor would regret it.

“I don’t want my company to disappear,” he said. “We have embarked on a strategy to diversify from a pure oil and gas business model to add an electricity one.”

Pouyanne also said that as TotalEnergies develops its solar and wind generation, it wants 30% of the portfolio to be unguaranteed, with no power price agreements. That’s potentially more profitable than relying on long-term contracts, she said. TotalEnergies has set a goal of 100 gigawatts of renewable energy generation capacity by 2030.

To be sure, TotalEnergies has also made significant investments in oil and natural gas. Investments in gas and liquefied natural gas account for about a quarter of capital spending between 2022 and 2025.

Pouyanne said the company would look to grow its LNG business in countries such as the US as questions remain about its operations in Russia. While TotalEnergies still receives LNG from Russia, a fuel that, as Pouyanne wishes to emphasize, is vital to European needs, he said it is increasingly difficult to get the company’s cash out of the country.

The CEO also said that buying a utility company to speed up its energy transition is “not on the agenda today.” TotalEnergies prefers to continue building the company’s own power and renewables business step by step, including through some “selective” acquisitions, he said.

“These European utilities are seen by governments as national bodies, so it’s not that easy to do mergers and acquisitions,” he said. The company’s energy business is “agile,” while these utilities have “legacy assets.”

Sophia Smith scored a pair of first-half goals as the United States women's team defeated Nigeria 4-0 on Saturday as both teams prepare for...
Read more

Adobe to buy Figma, the private online design startup, for $20 billion in cash and stock